Changing Our Lives worked alongside the Camden Integrated Learning Disability Service (CLDS) team to harness a rights based approach, spending six years working to achieve Kasibba*’s release from a mental health hospital, where she has been inappropriately detained all her adult life. In August this year, a judge agreed that she could finally move to her own home in the community.

“Working as a rights based advocate alongside people who are stripped of their most basic human rights is a challenging role. We are often a lone voice, fighting against systems that don’t work for people who have been labelled as ‘challenging’ and ‘dangerous’, dehumanised by the very institutions that are meant to support them”.

Seventeen inspiring social workers, teams and organisations from across England have been recognised for their contribution to the profession after winning the top awards at the national Social Worker of the Year Awards on Friday 04 November 2022. The Social Worker of the Year Awards celebrate great social work, share best practice and promote positive stories from the profession.

Each award category is judged by an independent panel of social workers at all levels, people with lived experience, young people who have been in care and senior figures form the world of social work. Awards were presented in a range of categories highlighting exceptional practice in children’s and adult services, mental health, social work education, and social justice.

For the first time since the awards was founded over 10 years ago, two Overall Social Worker of the Year accolades were awarded, one to an individual social worker, and one to a social work team. This is also the first time a team has won this award. The Overall Social Worker of the Year is selected from the gold winners of each category by the Board of Trustees of The Social Work Awards, the registered charity behind the annual event.

The Team around Kasibba*, a multidisciplinary social work team from Camden CLDS was named Overall Social Work Team of the Year after winning the gold winner of Team of the Year, Adult Services earlier in the evening. On this occasion, our work as rights based advocates has been complimented by worked alongside the team at Camden. We have not been a lone voice, but an element of their wider vision. Their dedication and ambition to and for Kasibba is unrivalled and our collaborative relentlessness has furnished her with an ordinary life.

Our achievements must not be underestimated – this is a complex situation and one where the ‘law’ kept Kasibba segregated and vulnerable, resulting in untold damage. In our professional experience Kasibba’s story is as bad as it gets, merely existing in Long Term Segregation for a quarter of a century. A Black African woman with an impoverished life, feared and mythologised through a lens of racism.

Together we have fought tirelessly for Kasibba’s rights to be heard and upheld by demanding accountability, navigating and directing a complex system and connecting the people that work in it. We never strayed from the end goal of giving life, freedom and dignity to Kasibba. The empathy and drive Camden have sustained, the strength and challenge they have asserted and their belief and values around ordinary life outcomes is simply immense and one that as an organisation we fight for everyday and is at the heart of our approach. 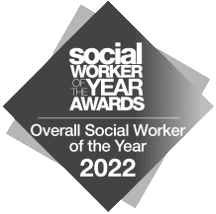 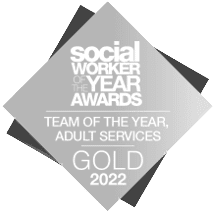